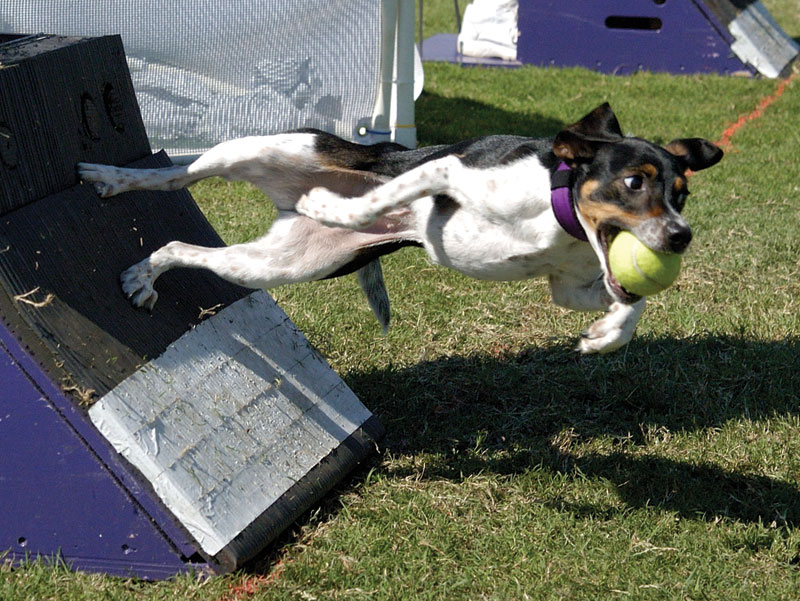 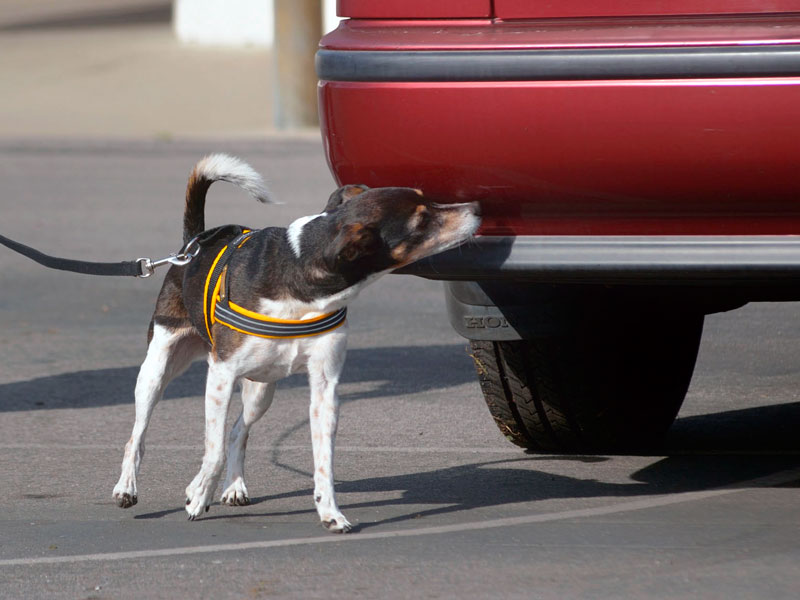 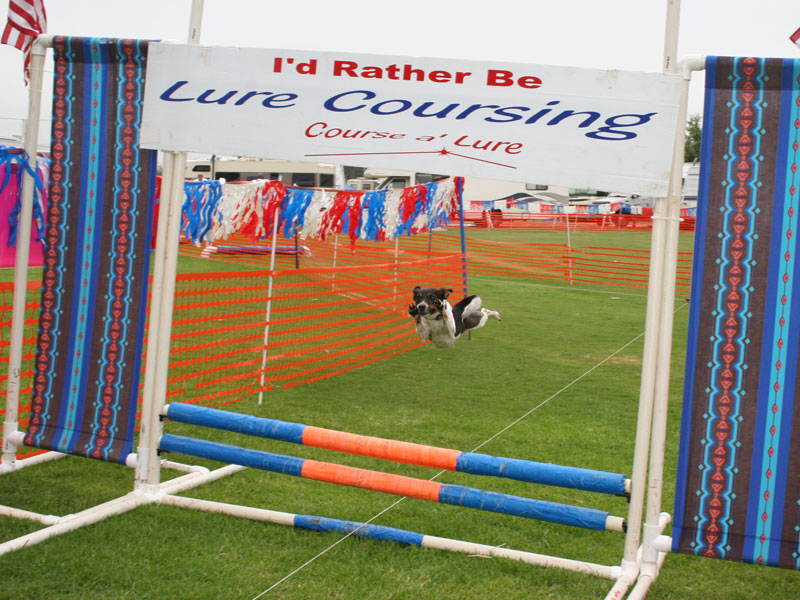 Anna is focused and can run in any position. She loves to playing Flyball. Her reward is tugging. When asked what is Anna's favorite flyball position, I would have to say, "On the end of a tug".

Anna has been U-FLI's highest titled dog continuously since July 10, 2005. She holds the record for being the first dog to achieve every title pin (starting with TFP) and milestone plaque. She had only one left to achieve. The Top Flight Elite it is, 100,000 points.

Anna is nearly 11 years old and dying of stomach cancer. It is now impossible for her to earn the final Milestone Plaque. Just missing it by 2,795 points. For more about the 100K Plaque quest click here.

K9 Nose Work® is one of the newest canine sports. It is sanctioned by National Association of Canine Scent Work, LLC® (NACSW™). It is described as any activity where a dog uses his nose to locate targeted odors.

Anna and I started learning K9 Nose Work® few years ago. It took guts for me to feel so inadequate and stupid while I learned how to read Anna. But with an excellent trainer, a lot of practice, a very smart dog, and a lot of laughter we enjoyed a bonding experience like no other. The joy of working as a team with Anna was an amazing experience. She loved doing what is her natural instinct; it stimulates her mind and is very rewarding for both of us.

In Anna’s final days when she would not eat, Nose Work perked up her spirits like a magical elixir. Often this was the only way I could get her to eat. K9 Nose Work is one of the best things to come into our lives. The enormous bond between the two of us was unmatched and a huge benefit to us both.

Anna ran the Obstacle Lure Coursing at Wags for Wishes. She participated in field lure coursing. Anna really love chasing the lure and getting out in the field to run.

Anna passed her herding instinct testing when she was 10 months old at Wags for Wishes. She loves it as much as she does rats and flyball.

Anna did a little Earthdog in her youth. Anna lives for the thrill of the hunt and loves to find the rats.

Anna tried the Barn Hunt twice. She was a natural. She never hurt a rat, but boy could she find them!

Click here to read about some of the other activities Anna has experienced.